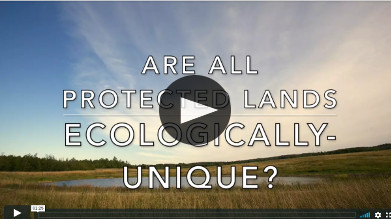 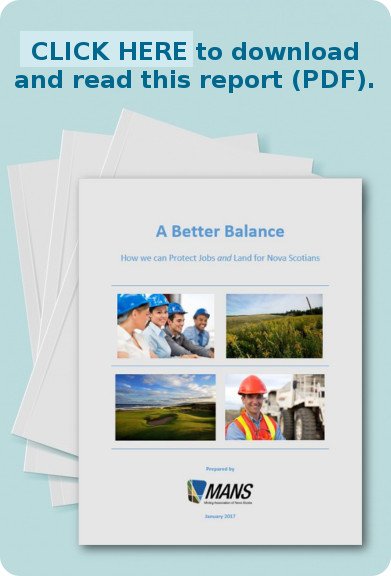 While Nova Scotia’s mining and quarrying industry supports protecting natural lands for future generations, we also believe the provincial government’s Parks and Protected Areas Plan (the Plan) needs to strike a better balance between protecting land and protecting jobs. Beautiful, natural lands are important, but so are job creation, economic opportunity and government revenues to pay for programs such as health and education.

Based on a plan established by the previous provincial government, Nova Scotia has already protected over 12 percent of the province’s land mass and the government intends to bring the total to 13 percent. This would put Nova Scotia in second place nationwide in removing land from economic usage, despite being the second smallest province and a province with some of the biggest economic and demographic challenges.

The Mining Association of Nova Scotia has released a report which shows that the Plan is potentially costing Nova Scotians 291-356 jobs by preventing mineral exploration and development in protected areas. That is $16-$19.6 million per year in lost wages and $22-$27 million in foregone economic activity each year. The full report, entitled “A Better Balance: How we can protect jobs and land for Nova Scotians,” is available here.

The Plan disproportionately harms some parts of the province. For example, Cape Breton contains 30 percent of the total amount of protected land in Nova Scotia, even though it only contains 19 percent of the province’s land mass. Also, Cape Breton has 154 known mineral occurrences that are overlapped by protected land, which makes it harder, or outright prevents, exploration and development of all that potential wealth.

Mining and quarrying is a large and important industry in Nova Scotia – it employs 5500 people and generates $420 million per year in economic activity. However, it also faces significant challenges, including the loss of over 800 jobs since 2008 and the highest tax/royalty burden of any mining industry in the country.

The Plan is adding to the industry’s challenges by shrinking the amount of land available for exploration and development. This reduces our ability to find and develop new deposits; to create new jobs for Nova Scotians; and to contribute more to government revenues.

Everything Nova Scotians want – from excellent health and education systems to opportunities for our kids to stay home instead of moving away – ultimately depends on creating jobs.

The Mining Association of Nova Scotia proposes a modest policy change that would strike a better balance between protecting both natural lands and economic opportunity.

Proposed land swaps would be fully regulated by the provincial government, on a case-by-case basis, to ensure there is a net benefit to the province. The government could even require that the land being swapped in by the company be larger and/or more ecologically valuable than the protected land being swapped out. This creates the potential to not only maintain but improve the government’s portfolio of protected lands, creating a win-win for both the industry and the environment.

While we all appreciate the importance and beauty of natural lands, and everyone wants to protect the environment, we also need to protect jobs and opportunity.

We need a better balance.