Uranium is a critical mineral but Nova Scotia bans exploration and mining of it. That doesn’t make sense.

The term “critical minerals” refers to minerals that play key roles in the transition to a low-carbon and digitized economy. Examples include lithium, which is used in electric vehicle and cell phone batteries, and copper, which is used in wiring.

Natural Resources Canada (NRCan) included uranium on its list of 31 minerals that the federal department says are “Essential to Canada’s economic security; Required for Canada’s transition to a low-carbon economy; A sustainable source of critical minerals for our partners” (https://www.nrcan.gc.ca/our-natural-resources/minerals-mining/critical-…).

If uranium is that important, why does Nova Scotia still ban it?

Nova Scotia had a boom in uranium exploration from approximately 1976 to 1981. Tens of millions of dollars were spent on exploration. Companies like Shell Canada, Esso Minerals, Gulf Minerals and others were actively exploring in the province.

Uranium occurrences were documented all over Nova Scotia (see map below). Other minerals were also discovered during this period as a result of exploration for uranium.

The boom ended when a politically-motivated moratorium was imposed, in the middle of an election campaign, that had no basis in scientific evidence.

The moratorium nipped in the bud a potential uranium mining industry that could have brought much-needed jobs and investment to the province in recent decades.

In 1994, provincial government officials from the departments of Natural Resources, Environment and Health researched uranium mining and unanimously concluded that “there is no scientific or technical basis to warrant a moratorium on uranium exploration and [the committee] therefore recommends the present moratorium on exploration for uranium be lifted” (https://novascotia.ca/natr/meb/data/pubs/94ofr06/ofr_me_1994-006.pdf). Four of the six officials on the committee represented the departments of Environment and Health and their sole focus was protecting Nova Scotians and the environment – and they still agreed there was no scientific basis for banning uranium mining.

Saskatchewan has been one of the top suppliers of uranium globally since the 1950s. If uranium actually caused the problems that some allege, the people of Saskatchewan would tell us so. Instead, 82% of people in Saskatchewan support uranium mining, according to polling, and uranium has helped Saskatchewan transition from a “have-not” to a “have” province.

Uranium has a wide range of uses, including:

The federal government says uranium is critical. The Nova Scotia government should lift its ban. 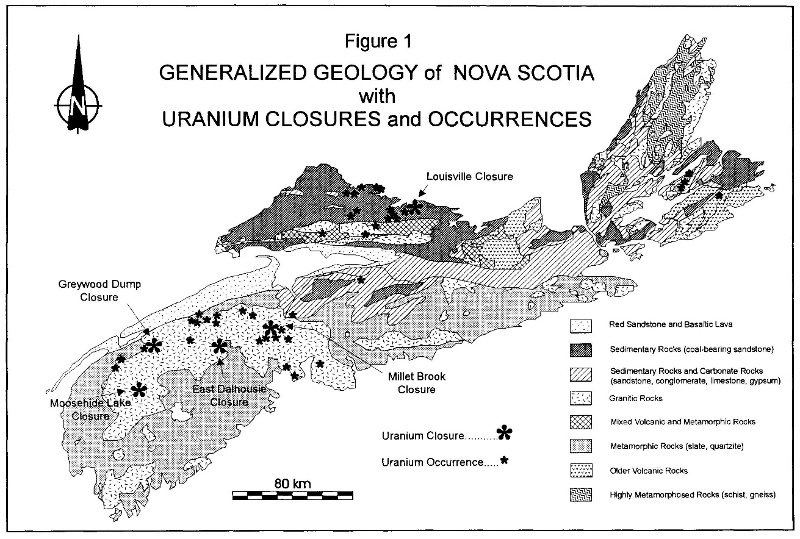